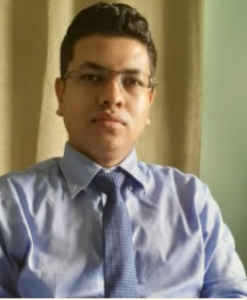 The International Monetary FUND (IMF) in its 2019

Article IV Report on Guyana had projected that the country’s Gross Domestic Product (GDP) growth for 2020 will reach 85.6%. This projection was revised downwards to 53% due to the effects of the global Cronavirus pandemic and low oil prices. However, local analyst Joel Bhagwandin is of the view that even this revised figure is “overly ambitious for several reasons.”

In an exclusive interview with Kaieteur News he said “If one peruses the IMF report, it was noted that the ‘real GDP growth 2020 is potentially overstated and subject to large subsequent revisions because of the very high rate of oil GDP. So, the IMF has acknowledged in its report that the projected growth was grossly overstated. I would even go to the extent to say that this is largely unrealistic when one takes into consideration Guyana’s absorptive capacity.”

The analyst added that Guyana’s political situation must be taken into consideration as well, since it will also impact the country’s GDP growth level. “The political uncertainty up to this point and the lack of the passage of a national budget at this time is another major factor to be considered. Even if the new Government is sworn in by next week, there has to be a period of transition and by the time they get to work to prepare and present the national budget for approval in the national assembly, we are looking at September 2020, while bearing in mind, importantly, that government spending accounts for over 30% of GDP,” Bhagwandin said.

Another factor negatively impacting GDP growth not only in Guyana but worldwide is the global novel coronavirus pandemic. This has resulted in a huge downturn in international trade across the globe. To this end, the analyst noted that ‘with the effects of the pandemic, commercial activities are down, international trade is down and many sectors in Guyana have reported (informally) that activities are down by over 60 – 70%.”

The oil sector is what both IDB’s initial and revised GDP projections for Guyana were heavily based on. Taking a look this sector, Bhagwandin pointed out that “of course, the overstated projection as acknowledged by the IMF was based on the oil economy, however, oil prices are at record low levels and are not expected to rebound until the global pandemic is contained to such an extent where global trade and commerce will rebound to pre-covid-19, normal levels.”

In conclusion he explained that there is still leeway for the country to record a decent GDP for the current year. He said “in view of the foregoing, I believe a reasonable inference can be drawn to say that even the 53% projected growth is unrealistic for 2020. However, notwithstanding all of the above, given that it seems our elections have finally been concluded and that a new Government is expected to be sworn in soon; the perceived political stability that will follow thereto will certainly stimulate investors confidence and which will be extremely good to help the economic recovery and still achieve a decent growth rate by end of 2020.”