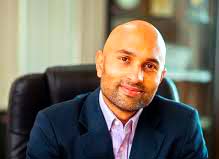 According to Business Economics Lecturer Joel Bhagwandin, this is something that all countries should be preparing for.
He believes that over the next nine months, Guyana will experience its worst economic recession in the last two or three decades.
As such, tremendous uncertainty lies ahead for the remainder of 2020.
In an exclusive interview with this newspaper, Bhagwandin noted that “the impacts of Covid-19 can be seen across the world; the world is shutting down. In Guyana, people are earning less than usual or they are not earning at all, so they are spending less and of course the growth of an economy requires the circulation of cash.”
Bhagwandin added that consideration must be given to the fact that a large section of the population is not working at all since only essential and a few non-essential businesses are allowed to be opened.
With the exception of individuals who can work from home, he noted that, “20-25% of the labour force has had a cut in salary or they are earning nothing at this time. 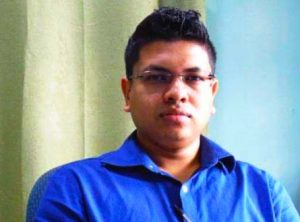 The virus has affected the Labour sectors tremendously like the Manufacturing Sector, Tourism and Hospitality Sector among others.”
The trickle effect of this, he explained, will be reflected in the country’s cash flow and its GDP. “In terms of employment and income distribution, by looking at the last labour force survey, there were approximately 241,000 persons in the total employed workforce.“If one were to take this number and multiply it by a per capita income of US$4800, at minimum wage, this would give an average of $250 billion in income distribution in the economy, which would work out to about $20 billion per month.
“Suppose about 25 percent of the working class is out of employment for the next nine months and/or earning reduced income perhaps by 50 percent, this would be about $180 billion or $125 billion in loss of income for the most vulnerable working-class people. This is money that will not be circulating in the economy,” he explained.
He added, “the growth and expansion of an economy depends on spending and circulation of money, this includes business investments, household expenditures/consumption and government injections and if any of these is affected negatively then it will reflect across the board.”

The Lecturer pointed out that countries around the world have responded to the crisis by providing economic rescue packages, in both monetary and fiscal forms.

The United States recently approved a US $2 trillion stimulus package to address the impacts on the economy.
On the Guyana front, the Central Bank has instituted regulatory relaxed measures to encourage the commercial banks to reduce interest rates on loans, defer loan payments for customers with good standing, waive and reduce fees and penalties, and restructure credit facilities.

The Ministry of Finance also put a few measures in place to lend some amount of relief.
While noting that these measures are commendable, Bhagwandin said a lot more still needs to be done to avoid an economic recession and to cushion the impacts of the virus on the country’s economy and human capita.
Joel Bhagwandin is a trained macro-finance & research analyst with over twelve years’ professional experience in the banking and financial sector where he also served as financial analyst at the Bank of Guyana. He is an MBA and undergraduate Lecturer of Business Economics and Finance programmes with various educational institutions in Guyana and has written more than 200 articles on economic and finance issues, and policy analysis.
The Georgetown Chamber of Commerce & Industry (GCCI) is also currently exploring ways to find a balance between sustaining businesses and economic developments while at the same time ensuring the safety of employers and employees.
President of the Chamber Nicholas Boyer told Kaieteur News that the GCCI is not downplaying the current Public Health pandemic, but said that if citizens are expected to adhere to the public health measures,
a policy that caters for their needs also needs to be in place.
“We cannot have a policy that ignores the fact that a lot of people depend on their day to day income and if we will have to operate under these circumstances for a long period that we have to ensure that this is recognized.
“We cannot tell people to stay home when they have to provide for their families, they won’t listen. So we have to find a balance for this socio-economic crisis,” the GCCI head said.